Do You Have What It Takes To Be a Responsible Father? 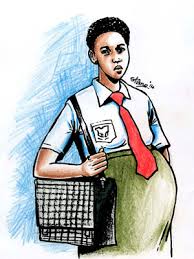 I have observed with utter dismay a particular trend in some places in Nigeria. It is a situation where fathers neglect their kids only to their mother’s care.

These kids may not get proper feeding, morals, education and any other thing that will make such child excel in life due to the negligence of their fathers. Some are dropouts from school as a result of not being able to pay school fees, while the female students are either pregnant or  already given birth to babies.

Recently, I researched into the families of these affected kids and found that some fathers have been cooperative before but suddenly changed! Mostly due to the fact that they are having extra marital affairs. They will refuse to give their wives feeding allowance, refuse to pay for their children’s school fees and upbringing. Whatever they earn will now be spent on their new mistress or mistresses.

There is one that is so appalling, a situation where a man will be feeding and paying the school fees of his concubine’s kids which were from another man and he will abandon his own biological children even when they did not offend him. This kids are now left with their mothers to survive.

Regrettably, some wives of these irresponsible men do not even have a reliable source of income because they have always been full-time housewives. In the future, some kids that passed through hardship with their mothers survive. Their fathers may end up looking up to them for assistance. My question is, do they deserve it?

I have seen real life scenarios where a father that did not labour on his son wanted to eat from his success. After pleading for forgiveness, he was allowed into the family. Three months after enjoying from his son’s wealth, he died from an unknown illness.

I have also heard about similar cases when parents want to eat from where
they did not labour and end up dying few months or years later. In Yoruba mythology, respect to the elders in the house (agba yin a d’ale), there is a thing called ‘Owún’. It Is a punishment for parents that are eating from the wealth of their children which they did not labour for.

Aside Yoruba myth, common sense is talking to us here that those fathers died earlier because they are reaping where they did NOT labour!

Arguably, a child that is not raised well has little chance to succeed. It is the duty of the father to give optimum support for the family.

Honestly, I think the government should start picking some irresponsible fathers as scapegoats. Girls from this kind of fathers are likely to fend for themselves.

Getting money from menial jobs, house help, prostitution, from boy friends and so on. Some end up getting unwanted pregnancies, some get married at a tender age. Worst of it is when the owner of the pregnancy is also a young boy who was raised poorly like them. They are likely to continue the circle of poor family, poor orientation and so on.

What about the boys, they may end up as touts, vagabonds and social miscreants. They start creating problems in their community

It is an irresponsible act when a man abandon his wife, children and family and start spending on another woman and her children.

Let me use this opportunity to also advise mothers to always try their best to be entrepreneurship. They should stop the idea of full-time housewives and take advantage of opportunities that comes their way to setup business. This will be like a plan B when their husbands becomes irresponsible or incapable (jokes apart, it is in some men’s blood to be adulterous or promiscuous).

I think the most painful part of having an irresponsible father is the absence of a father-figure. I mean, someone to scold you when you are wrong and to draw you back to himself. Someone to fear, because whether we believe it or not, fathers would always carry that aura that would compel an erring child to fear them.

I have a male friend that has an extremely irresponsible father and he fears marriage like anything. He does not even trust himself enough to not over pamper his children because he never got love from his own father. He is a die-hard female fan and finds it hard to connect to his masculine side. I sometimes pity him because a lady could take advantage of his weakness for women. These are some sad effects of irresponsibility in fathers.

If fathers want to be around their children, they should accept the mantle of responsibility that comes with fatherhood. Many men are fathers by nature, but they have to earn the right to be called a dad by making responsible choices!

For those responsible fathers who cannot TRULY be with their children this holiday season, it is unfortunate and I hope that they can find a way to be with them.